Are you helping a client?

If you are helping a client with a legal matter that requires DNA testing, click here to find out how Paternity Testing Centers of Canada will work with you to perform DNA tests for your clients

Test kits at the Medicine Shoppe

Paternity Testing Centers of Canada are proud to announce that The Medicine Shoppe will now be carrying our "Non Legal" Paternity Test kit in a store near you. 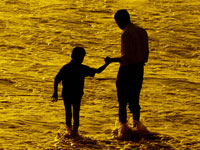 This test is a way for those with an absent parent, either deceased, missing or unavailable. The test can prove maternity or paternity for a child through comparing DNA with either the Maternal or Paternal (depending on which parent is missing) Grandparents.

The testing process is simple and painless, consisting of a separate cheek swab for all participants.

What happens when I click the Buy Now Button?